WarszawaSandomierzPiaseczno
poniedziałek – piątek
08:30 – 15:30
kontakt
Al.Wilanowska 204
02-730 Warszawa
dla zwiedzającychkontakt
The „Thought of Peoples” in the People’s Cultural and Scientific Association statutory assumptions is to be a modern discussion forum to exchange views and assessments on the present, both in scientific and reflective. This is a periodical system, which were separated Boards „Articles and Studies”, „The Identity of the People’s Movement” and „Reflections”.

The title „Thought of Peoples” the readers might suggest that the thematic scope of the journal applies only to rural areas. Editorial word „people/popular” is understood today as democratic, from the Greek demos cratos – power of the people. As „the people” but define – for Boleslaw Wysłouch, creator of the foundation ideology of the people’s movement in Poland – all members of the nation, regardless of their social, economic and professional, for whom work (regardless of its nature) is the main source of income.

For obvious reasons, Editors expects the new studies, analyzes and reflections, dealing with contemporary parties and organizations of peasant and folk thought and research into the ideology of agrarianism and the reminiscences of contemporaries as neoagrarism, ecohumanism and sustainable development.

This does not mean, however, that the journal will not publish articles on the other party or organization, without pedigree peasant or folk or other ideologies and political doctrines. On the contrary, we believe that analysis and other political thought to the issues remaining in the interest of the peasant movement would be very valuable and could serve as both inspirations for new research, as well as deepen the discussion on the search for the optimal model of human development.

In our opinion, the search for solutions is crucial and urgent. The modern model of socio-political and economic will be changing. Slowly leave to rest – as evidenced by Immanuel Wallerstein, an American sociologist, historian, economist, founder of world-systems analysis – the era of capitalism, while still persisting in the economy and the paradigm of economics is the idea of rapid growth without looking at the social costs. It is characteristic of the socalled capitalist liberalism, otherwise known as neoliberalism, based on the socalled Washington consensus, according to which the solution of economic problems of modern state should be based on the free market, cut social spending and privatization of the public sector. It is a social abandonment of the achievements of the great socio-political movements of the century – a democratic, popular and above all, a socialist – Staff of legislation that are fighting for decent and fair working conditions and political and civic equality of all people.

In the second half of the twentieth century, when the world was divided into two great ideological camps, it seemed that the Western democracies and capitalism understand the validity of these claims, which resulted in the evolution of the state to the state social welfare. However, in the eighties, began to return the ideology of economic liberalism based on the so-called invisible hand of the free market. This trend has been strengthened after the fall of communism and socialism. Capitalism, in the absence of competition, then finally gave up with the current exchange rate to take account of human dignity and return to the principles of nineteenth-century kings of capitalism. Met with general opposition and was the reason for the emergence of many social movements and even political change, like the seizure of power in Venezuela by Hugo Chavez – made on the foundation of the fight against capitalist exploitation.

In the opinion of many economists, sociologists and scholars of social change, the current liberal capitalism leads to self-destruction. But the victims of the crisis will mainly ordinary people. There is therefore an urgent need to develop new models of socio-economic system, as an alternative to contemporary capitalism. This was in the late twenties and thirties, when the capitalist liberalism led to the Great Depression. As an alternative emerged the work of Keynes, Roosevelt’s New Deal.

For alternative solutions also searched in the Polish peasant movement, which was reflected in his thoughts curriculum. Of particular importance were the development of Polish agrarian policy as a counterweight and the development of a third way between capitalism and socialism, but also in the practice of co-operative action. Agrarianism became the basis of ideological programs of both the Rural Youth of Poland, as well as the People’s Party.

A big proponent of the idea of cooperatives was Stanisław Thugutt – folk activist and educator of youth from rural areas. His letters to his young friend in the thirties of the twentieth century became the catechism of the young generation of the Rural Youth „Wici”. In this small booklet containing seven letters, written in the form of a literary lecture concluded the basic principles of sterile wilderness warning against the effort. The titles of the letters are a kind of advice, guidance to the young man:

I. Learn, you is not real work, but a conscious creator of a new life.

II. Organize to you was not a pile of sand fly, but the dam against the storm.

III. Money will let your servant not the master.

IV. Be yourself and have faith in yourself.

V. Be a good and just and persevere in the fight against evil.

VI. Be brave, because thy way far away.

VII. Do not ever forget about Poland.

In the young peasant Thugutt saw as hope for a better future Polish. Influenced not only her upbringing, especially popularized the idea of co-operatives as a way for the advancement of civilization, to improve the social and economic relations villages.

In the early 90s Polish Peasant Party, in response to the observed effects of social and economic transformation, referring to the Thugutt’s idea, formulated similar guiding principles of the Ten Commandments in the activities of Populists. Filed in it:

1st The land of our fathers will restore the respect due her.

2nd Nation of roots and their identity not give away.

3rd You through the development of self-management and education will strengthen,

4th On the Christian system of values, moral strength we drew and draw.

5th The European Union with dignity and go in their own cultures.

7th Wolf laws of the market, unemployment, poverty and deprivation will be limited.

8th Polish youth as flowers, not as treat we weeds.

9th Regional differences in the development and reduce the Poles be-ing.

10th The village and the farmers about their proper treatment in the country we took care and care.

These proposals want to be seen as a starting point for discussion. We believe that the economic crisis will be a major – the existential factor that will force society to a different perception of human coexistence with nature. Thinking and acting in the belief that the world intangible culture must live in symbiosis with nature and universal humanistic values. So work to create material wealth does not destroy the order and harmony of nature.

Another – the fourth issue of „Thought of Peoples”, which we put into the hands of readers, was prepared by the Editorial Board of different composition. With features editor resigned due to health prof. Jan Jachymek, one of the animators – next prof. Józef Ryszard Szaflik – and the major contributors to the journal. His resignation from the editorial management does not mean the end of cooperation with „Thought of Peoples”, will be continued in the Council Program. Responsibilities have been assigned to the editor by the Board of LTN-K hitherto editorial secretary dr. Arkadiusz Indraszczyk and the secretary is dr. Tomasz Koziełło.

Personnel changes in the editorial are organizing characteristic and do not indicate changes in the profile of the journal, outlined during his appointment by the LTN-K. We continue to publish scholarly materials and taking people’s thoughts problems facing contemporary rural and small-town environment. The „Thought of Peoples”, is the letter interdisciplinary, open to the present day. The objectives of the program were outlined by the magazine’s first editor prof. Jan Jachymek in the message of „past, present and future”, which determines the balance in the understanding of social studies. Interests „Thought of Peoples”, designated areas are mainly in the present and the future, the past and left for historical periodicals, such as the „Annals of the Acts of the People’s Movement” and „Year of History Museum of the Polish Peasant Movement”.
President of the Board of the People’s Cultural and Scientific Association
Dr Janusz Gmitruk

Editor-in-Chief of the „Thought of Peoples”
Dr Arkadiusz Indraszczyk 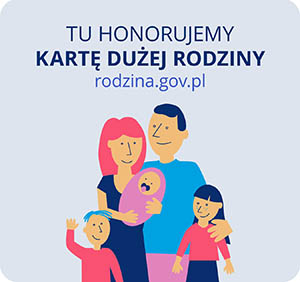